The term inbound marketing is not yet widely used here in the UK. For that matter, neither is the term outbound marketing. However, the differences are not difficult to understand and this short post explains them in very simple language.

The Way We Were

In the past, and for some in the present, marketing involved telling as many people about your products and services as possible. Irrespective of whether or not the people targeted were potential customers, the messages were delivered to them. TV adverts, magazine adverts, giant posters, leaflet drops and any number of other methods were used, the theory being if you tell enough people some of them are bound to be interested.

I know there was some targeting. For example, advertisers would run ads during certain TV programmes, but it was still a scattergun approach. In essence, outbound marketing relies on interrupting people who are doing something else in the hope they just might be interested. 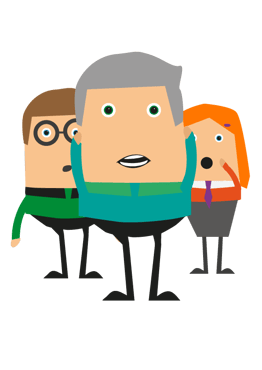 When email came along the situation got worse. Email made it even easier to put marketing messages in front of an ever increasing number of people for an ever decreasing cost. The abuse of email got so bad a whole industry was invented to deal with it, that being spam protection.

All of these methods can broadly be categorised as outbound marketing. In simple terms, messages (adverts) are put in front of people in the hope they might be interested. It's a numbers game.

Outbound methods still work, that's not in question, but increasingly people are finding ways of blocking them with tools like email filters and web page ad blockers. Even the ubiquitous TV advert is finding life tough as TV viewing fragments and declines.

Abused To The Point of Extinction?

Perhaps outbound marketing has been abused to the point of extinction. In a desperate bid to gain attention some advertisers are turning to extreme measures such as fake news. Adverts are also disguised as being something else (advertorials, infomercials...); it's a mess, it's a game of ever decreasing returns and it annoys the very people the marketers are trying to reach.

How To Start Inbound Marketing

Although it's not complicated, all this does require some effort. You can find out more about inbound marketing costs in this recent post.

Start Now To See Results in Six To Nine Months

None of the above happens quickly. In fact, we reckon most websites are six to nine months aways from inbound success. As with most things, the best thing you can do if you want to see some progress is start. So what are you waiting for?

More in this category: Inbound Marketing