In our post How To Build A Lead Generation Website we went into some detail about the whole Attract, Engage, Convert inbound marketing methodology. In simple terms, it's all about understanding your customers and their issues. Armed with this information you create a website that helps them, genuinely helps them, and this can in some cases lead to a commercial relationship.

Pretty much the only alternative is outbound marketing where you, in essence, buy people's attention with adverts.

Yes, but it's becoming less effective and technology is providing more and more ways of avoiding it. Only this year Google™ dropped the unskippable 30-second ads from YouTube recognising how ineffective and annoying they were. Yay! Now, I'm not blind to the fact that when you sell inbound marketing services you're going to tend to talk it up whilst pointing out how antiquated outbound is, we're only human. But it's not just us that are saying this, people are sick and tired of being sold to.

What Are Your Top Marketing Priorities?

Hubspot's State of Inbound 2017 report asked marketing professionals "What are your company’s top marketing priorities over the next 12 months?". 55% said growing traffic to their website and 70% said converting contacts to customers. I can only assume they are saying this because they have recognised they have to earn people's attention instead of their long-standing reliance on buying it using interruption techniques. 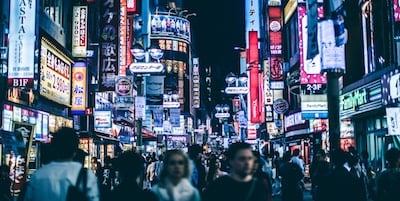 Given how ad-blocking technologies have become ever present this makes a lot of sense. According to PageFair, 615m devices have ad-blocking installed, 11% of the global internet population are blocking ads and Adblock usage is now mainstream. People have been given the tools to block out unwanted unsolicited advertising and they are adopting it in numbers. if you're not looking at permission-based marketing or, better still, inbound marketing you're heading for stormy seas, fact.

But I Can't Be Bothered 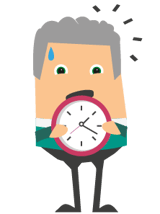 Yeah, it does sound like a lot of work and the truth is, it is. There's no shortcut to creating a fantastic website that stands out in your market, attracts a of great traffic from the search engines and generates a of great leads 24/7. It takes time and effort. For the most part, those sites that rank in Google's top ten for the search terms you want to rank for have gone through the pain and pushed out of the other side. They've got the tee shirt and they're loving it. But guess what, they're not sitting on their bums now they've got great rankings, they're consolidating the positions they have and securing more.

This means the longer you prevaricate and put off the inevitable the harder it's getting. If you want a website that generates leads, develop a strategy and get on with it.

Lots of our blogs say the same thing over and over in a slightly different way. We're like a stuck record, but we make no apology because for most businesses the message still isn't getting through. They remain convinced there's a quick and easy route to website and search engine success and there are plenty of snake oil salespeople willing to exploit this. Don't be one of them. Accept you need to invest the time and the money and make a start.

If you're not sure, book a 100% FREE chat with one of our experts and get things moving in the right direction.