Google’s July 1st Core Update: What Happened & What Have We Learned?

Noticed your rankings bouncing around like a pogo stick? You’re not alone. Google rolled out 3 major changes to its core algorithm this summer, making for an incredibly turbulent June and July.

To recap, June 2nd saw the rollout of a broad core update that made significant changes to the way Google evaluates web content. The twice-delayed page experience update launched on the 15th of June, and then Google started to roll out a second broad core update on July 1st; making further refinements and tweaks to the way it analyses content across the web.

There was no precedent for this triple-whammy. Broad core updates make significant changes to Google's algorithm, and the search giant is normally careful to space them out over a period of months.

This gives Google’s engineers time to measure the impact of their tweaks before making further adjustments and - perhaps more importantly - gives people in the industry time to adapt their tactics accordingly.

Releasing several large updates in quick succession makes it harder for everyone to work out why their rankings are sliding up and down all over the place, but the Google gods obviously thought these new changes were important enough to demand a break with tradition.

The July 1st update finished rolling out on July 12th, and SEMRush’s volatility checker suggests that things have calmed down for the time being.

As such, we thought it was time to sit down and take a look at what’s changed – and what we can learn from the most recent update.

The boffins over at Search Metrics think July’s broad core update targeted sites with thin or low value content, forum sites and sites that don’t offer much value to users.

There’s also some evidence to suggest that the July update doubled down on changes made during the June broad core update – reducing the visibility of so-called “Your Money Or Your Life” (YMOYL) websites focusing on subjects that could impact a reader’s health, financial stability or happiness. This includes websites that spend a lot of time talking about:

Although it should be noted that high-quality and authoritative sites in these niches continue to perform well.

Who Gained Traffic And Rankings?

Data released by Sistrix shows that there are a few clear winners from the July update. Game-review site Kotaku gained a lot of ground, as did tvtropes.org and thedailybeast.com

But gains don’t seem limited to a specific industry or niche. Instead, they seem to favour large sites that publish a decent amount of high quality content.

What Have We Learned From July’s Broad Core Update?

Unpicking a broad core update often feels a bit like trying to read tea leaves or tarot cards. Vague patterns emerge, but It’s hard to tell whether there’s any real rhyme or reason to the fluctuations on your rank tracking dashboard.

People ‘in the biz’ make educated guesses, but Google’s engineering team do everything they can to obscure the inner workings of their search algorithm so that unscrupulous marketers can’t game the system.

There’s also a good chance that Google are going to turn round and reverse some or all of the changes they’ve made to the core search algorithm over the next couple of weeks (this exact scenario happened back in 2016, when Google rolled out a Penguin 4.0 update that was designed to completely reverse tweaks made by a rash of earlier updates that were thought to be too harsh).

But we still think there’s still some value in sitting down to try and work out what July’s core update tells us about Google’s priorities – and the future of search engine marketing.

So far, we think it’s important to note that:

People have been claiming that long-form content has had its day since April 2019, but it looks like engaging blog posts and articles are still key to ranking for competitive search terms. The only (slight) caveat is that word count may be slightly less important than it used to be.

This is particularly true of SERPs that seek to answer a specific question with a well-defined answer. Think things like “what is invoice finance” or “do I need to winterise my caravan?”

The reason for this is simple: Google wants to serve people content that’s useful and engaging. Content that provides a good user experience and if a user’s question can be answered in a concise 500 word summary, it’s probably preferable to show people a short blog post that doesn’t waffle or prevaricate.

Nobody wants to read thousands of words when a simple 2 paragraph precis would have got the point across.

Honestly though, we wouldn’t spend too much time worrying about the length of your content though: Write as much or as little as you need to answer the user’s question accurately, and focus on providing value. In the long run, content that meets the needs of your visitors will always outperform content that’s written to meet the whims of search engines like Google.

Length might not matter as much as it used to, but the fluctuations caused by July’s broad core update make it clear that Google’s still on a mission to clean up thin content. For those not familiar with the term, that’s content that doesn’t add any value to a web page.

Think the line or two of copy and pasted text on the product pages of your favourite fast fashion website, content scraped from another website or the automatically generated text found on an increasingly large number of low-quality news sites.

And it’s not the length that makes thin content problematic: It’s the fact that it doesn’t offer any value to the user. As time goes by, Google’s engineering team are honing in on increasingly clever ways to spot and penalise content that creates a poor user experience and it looks like they’re getting very good at spotting low-value web pages.

It Makes Sense To Stand Your Ground

Clients often ask us why their three year old sites are outperformed by a spammy upstart with a very suspicious backlink profile and bags of poorly written content.

All too often, we have to tell them that they need to be patient; that Google will catch their competitors in the act and knock them out of the SERPs so that our clients’ sites can climb.

After July’s broad core algorithm update, we’ve finally got some tangible proof that Google will get round to recognising the value of older domains with engaging content, and we think that’s a big win for ethical marketers everywhere.

What Do I Do If My Rankings Have Dropped?

First things first, try not to panic. It’s easy to lose your head over a rank-tracking graph that looks like it’s doing its best impression of Tom Daley, but it’s important to remember that you can get your rankings and visibility back if you’re smart.

Take a few moments to ask why your rankings may have dropped. Are you publishing low quality content or (worse still) no content at all? Have you engaged in spammy link building practices or copied content from another website?

You should also ask yourself what your competitors are doing. Take a look at the pages that have started outranking your content and try to work out what they’re doing better. Are they quicker to answer users questions? Do they provide more detail or approach the subject in a novel way?

Ultimately, you’ll want to eke out some time to tweak and adjust your content to ensure that it’s better than what’s currently on offer, but you can’t do that until you know exactly what your competitors are up to.

And once you do know what your competitors are doing to outstrip your old pages, it’s just a case of taking a few hours to brainstorm ways to incorporate some of their tactics and bring your own content up to date.

Need a hand? We’re always here to help. Our team is more than happy to analyse your onsite content; map out your competitors’ work and come up with a plan to regain lost rankings. We’ve helped countless B2B websites refresh and reinvigorate their old content and we’re always up for the challenge of helping a new client rebuild their digital footprint. 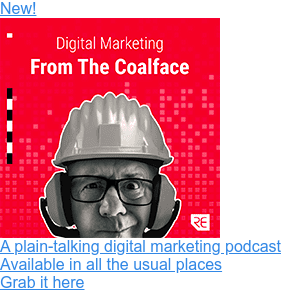 Google’s Page Experience Update Has Finished Rolling Out. Here’s What We Learnt.

To work out where websites should rank, Google uses a complex ranking system that evaluates...

Every so often, Google likes to raise our blood pressure by dropping a “broad core” update to their...

Google’s “Helpful Content” Update Could Be Great News For Proper Marketers. Here’s Why

Yesterday, Google announced the roll-out of a new update to its search algorithm. Nicknamed the...